The Electricity and Water Regulatory Commission (EWRC) on Thursday 24th October 2019, held its first public hearing in respect of a tariff application it received from the Electricity Distribution and Supply Authority’s (EDSA). The hearing which was held at the National Stadium and chaired by Commissioner Ing. Tani Pratt, had a number of interest groups like the Consumer Protection Agency and the Ataya Base for Energy Group in attendance.

In his welcome statement, Head Economic Regulation Mr. Bah stated that the said public hearing was the first being held by EWRC and that it forms a vital part of the process of reviewing and approving rates for public utilities. He went on to say that the purpose of the hearing was to give stakeholders the opportunity to listen and respond to EDSA’s request for a tariff increase.

The presentation of EDSA’s proposed tariffs was done by Commercial Manager Mallay Bangura who explained that EDSA is buying electricity/power at an average cost of 1,575 SLL/kWh and selling/distributing at an average price of 1,335 SLL/kWh. He stressed that if the proposed application were approved, it would help EDSA to minimize its current losses by selling at an average rate of 1,552 SLL/kWh. Mr. Bangura highlighted some of the plans in place to mitigate other operational losses and how these gains will be used to enhance the quality and quantity of their service delivery.

This was followed by responses/presentations from groups like the Consumer Protection Agency and the Ataya Base Energy Group who stressed on the need for consumer education and a robust complaints mechanisms respectively. In his contribution, the Chairman of the Parliamentary Committee on Energy, Hon. Keikura Vandy also reiterated the need for EDSA’s PR to be capacitated to handle customers’ enquires and concerns, as well as provide relevant information to the public. He emphasized the importance of teamwork in ensuring effective service delivery and reminded the audience that the Commission has the ultimate power to determine the tariffs as stated in the EWRC Act of 2011.

Also in attendance were invitees from EGTC, MCCU and members of the fourth estate. In giving the vote of thanks, Mrs Ngozi Sesay explained that the next steps included a thorough review by Members of the Commission and communication of the decision by the board to the utility and the public through a public notice and publication in the Sierra Leone Gazette. 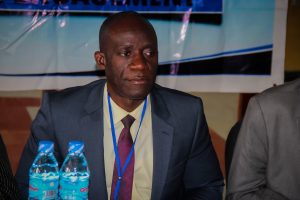 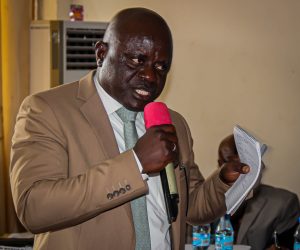 Chairman of the Parliamentary Committee on Energy
Hon. Keikura Vandi 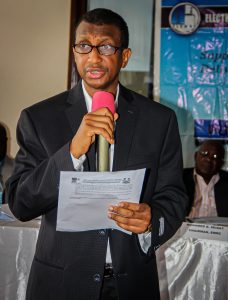 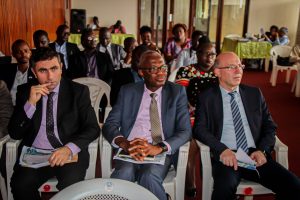 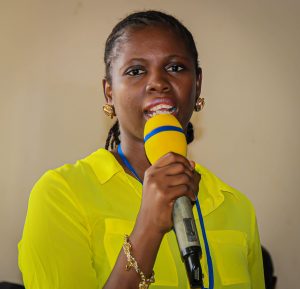 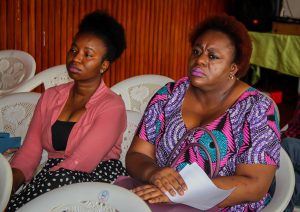 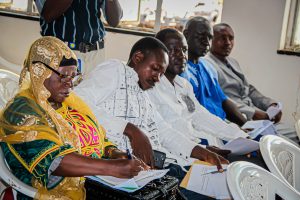 Representatives from Consumer Protection and Ataya Base Energy Group